It’s a rare thing for a show to be able to take you so honestly from moments of laughter to moments of self-reflection. Raw insights will no doubt leave you wanting to see more.

Minute by riveting minute, hear real people reveal real stories. From comedians to firefighters, transsexuals to war correspondents, each person takes to the stage armed only with a true-life tale – some humorous, some sad, some downright perverse!

Judith is a volunteer firefighter from Kāpiti and the first woman to be elected to the board of the United Fire Brigades' Association. Her relationship with fires started when she was four after burning her eyebrows while blowing out her birthday candles. She writes manuals for a living and poems and stories for fun.

Avi is a Wellington-born writer, traveller and educator. Although trained as a lawyer, he gained his MA from Victoria University of Wellington's International Institute of Modern Letters in 2013. He has worked and lived all over the globe, and his travel writing has been published with BBC Travel, The Listener and Lonely Planet, among others. Avi has worked as a writing instructor and trip leader for National Geographic, directed a school in Ghana and is the most recent winner of Survivor NZ.

Zoë is a performer, writer, artist and comedian. She grew up in Grafton, Australia, where she and her best friend staged a musical instead of going to Schoolies week. Her show Trigger Warning won two Green Room Awards and both the Golden Gibbo and the Barry Award for Most Outstanding Show at the 2016 Melbourne International Comedy Festival. It was also nominated for Best Show at the 2016 Edinburgh Fringe Festival and the 2017 Victorian Premier’s Literary Award for Drama. Don’t miss Trigger Warning also at the New Zealand Festival Club, 2 & 3 March.

Georgina is a pioneering transexual who has endured the rigours of the sex industry and overcome the disapproval of being who she is to triumph as a social justice and human rights advocate. Georgina was the first "out" transexual in the world to be elected as mayor (of Carterton) and to become a member of Parliament. She has a raft of stories to share, but which one of them will it be?

Susie is a journalist and broadcaster, currently co-presenter of New Zealand's highest rating radio show, RNZ's Morning Report. Before moving to NZ from Edinburgh, Susie was a war correspondent for six years and covered major world events including the 2003 invasion of Iraq. She's reported and presented from around the world, including from Afghanistan and Iraq, Lebanon, Sierra Leone, Mozambique and the Balkans. She's also witnessed and reported the immediate aftermath of disasters including the 2004 Asian tsunami, 2005 Pakistan earthquake and presented rolling coverage on RNZ following the 2011 Christchurch earthquake and through the night of the Kaikoura quake in 2016.

Thoraya majored in Development Studies and Social Policy at university and applied for Volunteer Service Abroad’s UniVol programme for Development Studies majors. In 2016, Thoraya undertook a 10-month assignment as Support Officer with the Samoa Association of Sport and National Olympic Committee (SASNOC) – transferring her skills to SASNOC staff so they become fully independent of outside help in computer skills, writing press releases, social media use and website maintenance. Since returning to New Zealand, Thoraya has gone back to university to complete her Bachelor of Laws at Waikato University.

Joe Blossom is the performance project of musician and composer Sean O’Brien. Based in Wellington, O’Brien has toured internationally and performed in noted festivals such as the Big Day Out and Camp A Low Hum. 2014 and 2015 saw him branch into the international arts festival circuit with the critically acclaimed theatre show Demolition of the Century – a production featuring Blossom alongside author, playwright and filmmaker Duncan Sarkies (Scarfies, Flight of the Conchords and Two Little Boys).

"Barefaced Stories shares the universal experiences of life" on Stuff. 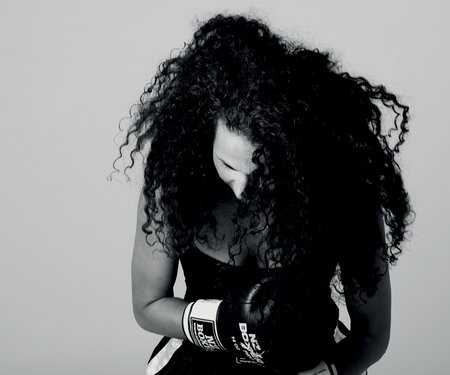 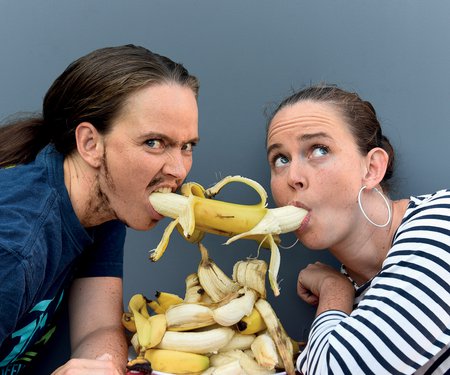 An award-winning show from Zoë Coombs Marr, one of Australia’s weirdest and wildest comedians.