Late Night at the Festival Club

You've seen a show, now stay for the party. For three weeks only, when the curtain falls each night, Wellington’s newest hot spot throws open its doors with free entry for everyone. Swing by and enjoy our eclectic live music line up and late night antics with Festival fans, crew and artists alike in sparkling spiegeltent surrounds.

Because the show ain’t over until the Festival Club closes.

Chocolate Box is born from a monthly DJ/live vocals event, once held at Matterhorn, and hosted by Lisa Tomlins and Vanessa Stacey. With the combination of these lovely ladies you will be in for a night of laughter, style and a musical journey of soul, funk, hip hop, R&B and jazz.

Building a reputation around Wellington and throughout Aotearoa, as a show not to be missed, and have been part of the New Zealand Festival opening night celebrations for two years running!

This trio of hard-working Wellington jazz denizens is led by sartorial saxophonist Oscar Laven, and features the talents of vocalist Lauren Armstrong and guitarist Alexander Boulton. They draw on the eternally-hip works of Billie Holliday and Lester Young, resulting in a spontaneous, deep-digging take on classic swing.

Daniel Beban is a musician and sound artist who lives in Wellington, New Zealand.

He performs on a number of different instruments in groups including Orchestra of Spheres, Sign of the Hag, Sunburst Finish, Micro Soft Voices, UMU and others.  He builds sound sculptures and invented instruments out of found objects and recycled materials, including the water organ (installed at Zealandia bird sanctuary).

Drawing on musical influences as varied as rap, Detroit Techno, Batira/Kuduro and Angolan Techno, Chicago House, Free Jazz and improvised music, as well as soul, gospel and R&B, Cave Circles amalgamates his many influences to create something far more than the sum of its parts.

Founded in Y2K, Disasteradio is a fast and fun synthpop project by New Zealand solo performer and bedroom recordist Luke Rowell. 2017 saw the release of album Sweatshop  his fourteenth independent release, which also includes the MIDI Vaporwave of Eyeliner, and the chiptune project Super Doobie Bros.

Stay late in the Festival Club tent as the city's own Tawata Productions stage a takeover - bringing the whānau to the party. With performances from Inano Dance and beats by DJ Raw and Antsman, you know you’ll be moving to your favourite brown beats.

One night only. Kia manuia!

While known primarily as a drummer and composer, Myele Manzanza is also secretly a cold blooded DJ too. Fluidly mixing between soulful house, electric jazz extrapolations and African rhythm, come see one of New Zealand's finest drummers behind the decks at the Festival Club.

Widely recognised as one of New Zealand's best free jazz drummers of his generation, Anthony Donaldson is a virtual encyclopedia when it comes to jazz. From Dixieland, pop and rock, swing to deep improvisation, he has proved he is both a master of jazz and a student of its history.

Come, listen, move and learn from this legendary Jazz drummer as he plays an eclectic jazz set.

Wellington-based DJ Aw B plays a mix of house, funk and disco with the odd shameless banger thrown in. You may of seen her dancing behind the decks around local venues in Wellington or mixing alongside her pals Mongo Skato, k2k and Borrowed CS.

The She Jays are a collective of female DJs who love music and love to dance. They have a vibrant and varied record collection which spans the decades and combines many years of serious record collecting. The She Jays play just about everything, but specialize in soulful dance-floor, funk, disco, world music, and hip hop.

The She Jays will ensure you get moving, whether it be a toe tap, a hip shake, or a full dance-floor get down, the she jays will empower you to dance. All killer, no filler.

With a wealth of musical multi-genre knowledge and experience and a quality yet eclectic vinyl cache, DJ Flash Harry will lead you on a glorious musical goose chase to cap off your Festival evening. Take a chance and be rewarded with top shelf spins from one of Wellington's heavy hitters.

DJ Magnet, one half of Pashjams, mixes up the latest to the greatest of awesome R&B jams. Bouncing dance floors up and down the country, from Rhythm & Alps to opening for Boyz II Men, Magnet always rolls out an uplifting selection for you to get down, dance and grind to.

Eyeliner is a MIDI vaporwave project by Luke Rowell of Wellington, New Zealand. Conceived in 2012 as a side-project to his synthpop outfit Disasteradio. Eyeliner’s music is an uplifting mimesis of luxury, commercialism and consumerism. Eyeliner considers itself influenced by new age, advertising and library music, as well as the labels Innovative Communication and Windham Hill.

The Festival Club is closed Mondays during New Zealand Festival. 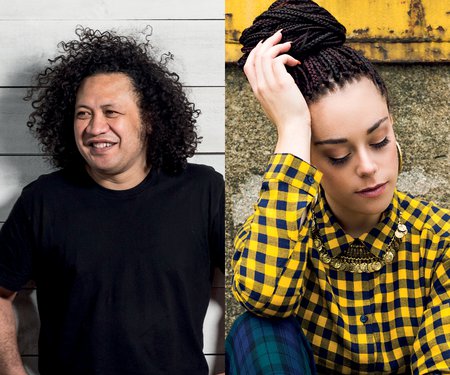 At the end of every epic voyage is a great celebration, and the wrap party for A Waka Odyssey will be no exception – featuring golden-voiced Bailey Wiley and master of electronic funk Laughton Kora. 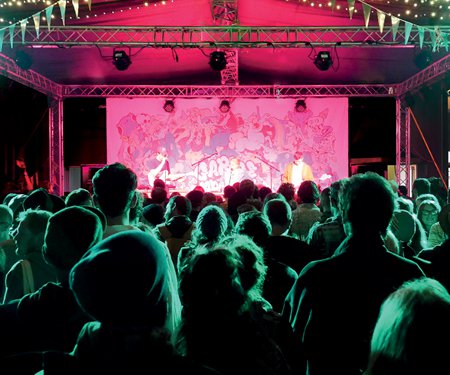 Join the Writers & Readers team, New Zealand Festival crew, guest authors, readers and revellers in the intimate  surrounds of the Festival Club to celebrate the end of four days of great W&R conversations.