The New Zealand Festival has selected 12 motivated secondary school students throughout the greater Wellington region to become Student Ambassadors for the 2018 Festival season. 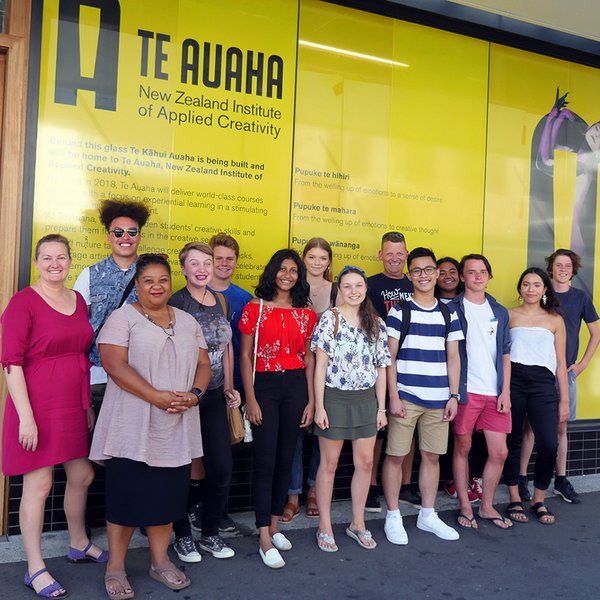 The New Zealand Festival has selected 12 motivated secondary school students throughout the greater Wellington region to become Student Ambassadors for the 2018 Festival season. Each has a keen interest in the arts, whether in performing, writing, directing, journalism or sharing their story through social media.

Ambassadors begin their New Zealand Festival journey with training in mobile journalism, review writing, recording/editing vox pops and podcasting from Te Auaha lecturers Ed Paterson, Sue Burgin and Jono Manks. Te Auaha, NZ Institute of Creativity, officially opens on Monday 26 March and will act as a hub for the Student Ambassadors to learn and create their own content inspired by the Festival's shows and events.

Coralie Tapper, the New Zealand Festival’s Education and Community Producer, says they’re aiming to give New Zealand students an inside view of professional theatre, festival-making and careers in the arts: “We want to broaden their horizons and provide students with experiences that will inspire them to advocate for the arts in their school and community.”

The ambassadors will have the opportunity to go behind the scenes during the New Zealand Festival, conduct interviews with the creatives and artists and watch open dress rehearsals. They will attend performances and produce social media posts and video stories, interact with audiences by recording vox pops and write theatre-style reviews for potential publication. At the end of their New Zealand Festival journey, the Student Ambassadors will collaborate to create a highlights reel and a recorded podcast. 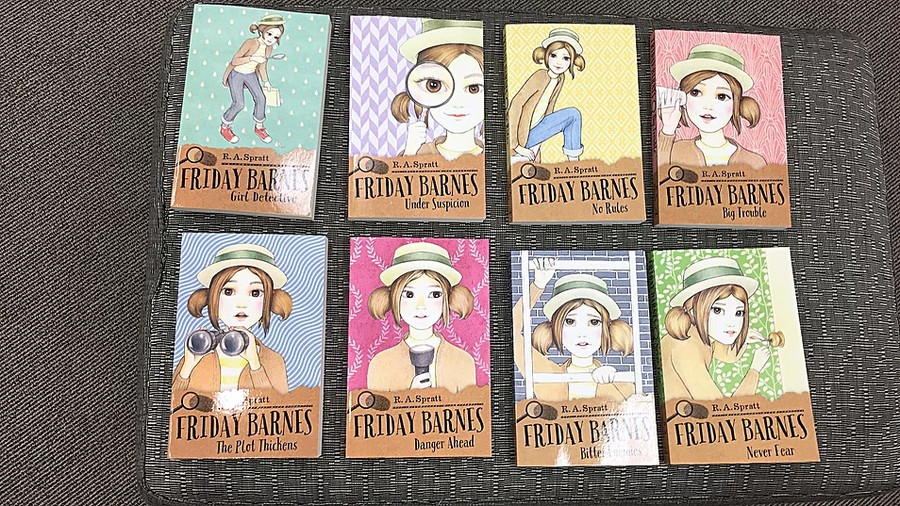 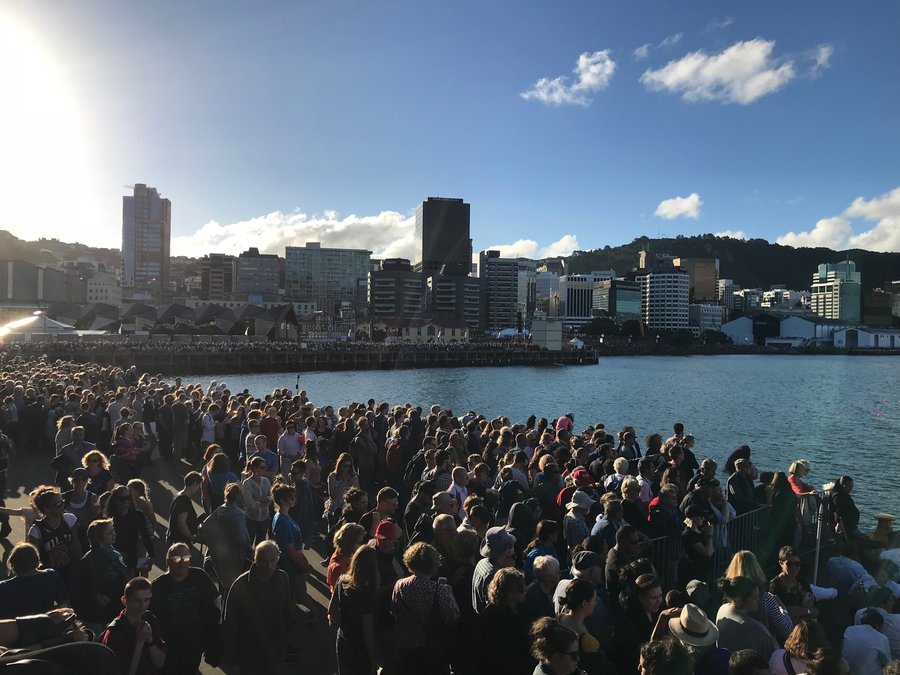 New Zealand Festival Cultural Student Ambassador Watene Campbell wrote an account of the feeling he had before paddling out with the waka ama performers for A Waka Odyssey: Kupe Opening Night on Friday 23 February ...

"Two hours of waiting ... of swishing water with the blades of our paddles, and our moment finally arives.  The wairua of the harbour just rised tremendously after hearing our cue, our song playing in a distant. Everyone racing towards the bridge, egar to get out of the lagoon.  "Go! Go! Go!" The flagmen yells.  We're finally out, I hear my name being cheered in the crowd as I paddle beside my peers, and it feels amazing. Floating on the crystal like waters, seeing the big waka-hourua with my culture being embraced by haka, piupiu and pukana is just beautiful.  I'm amazed as I see the tens of thousands of people suporting this kaupapa. I take a deep breath, and take in this moment, for it is a once in a lifetime opportunity." #kitehoe 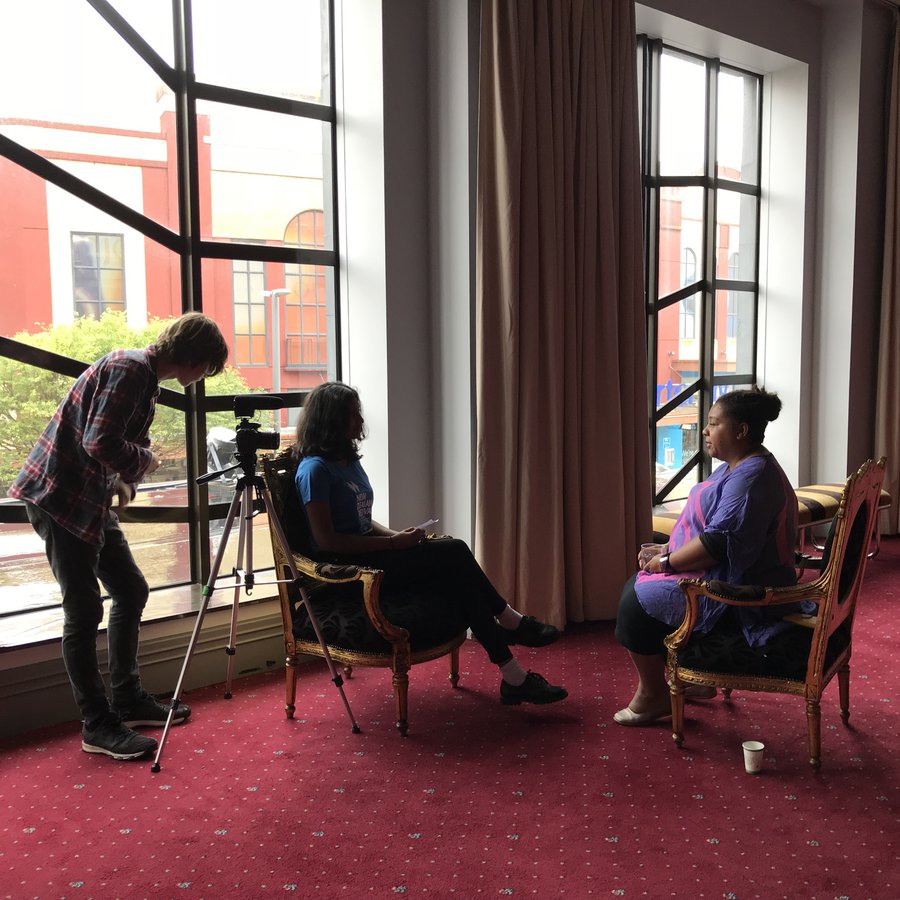 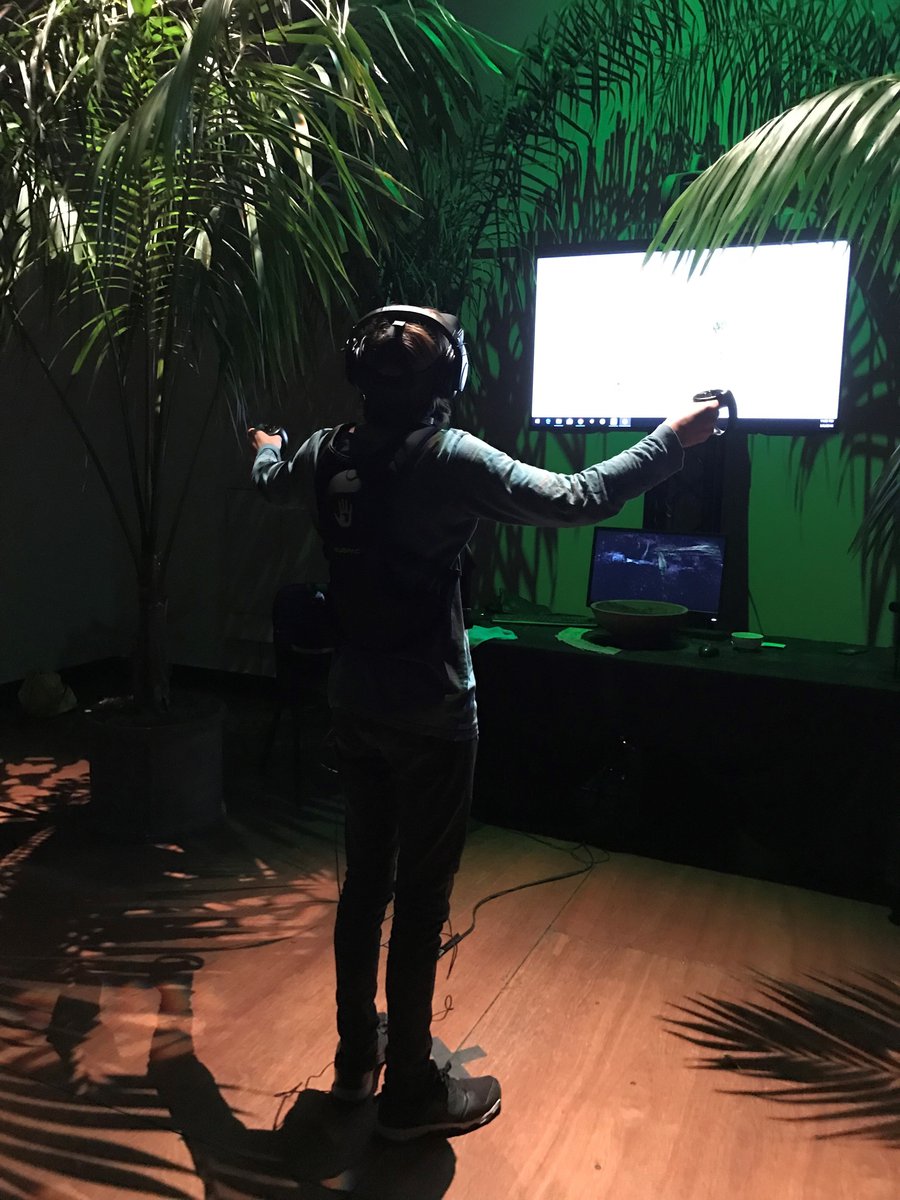 Thomas Morum-Kelly, the New Zealand Festival's Technology and Innovation Student Ambassador, got interactive with the latest and greatest digital technologies at Future Playground. “Tree was definitely my favourite and one of the most advanced, impressive works.” See Tom's video on Instagram. 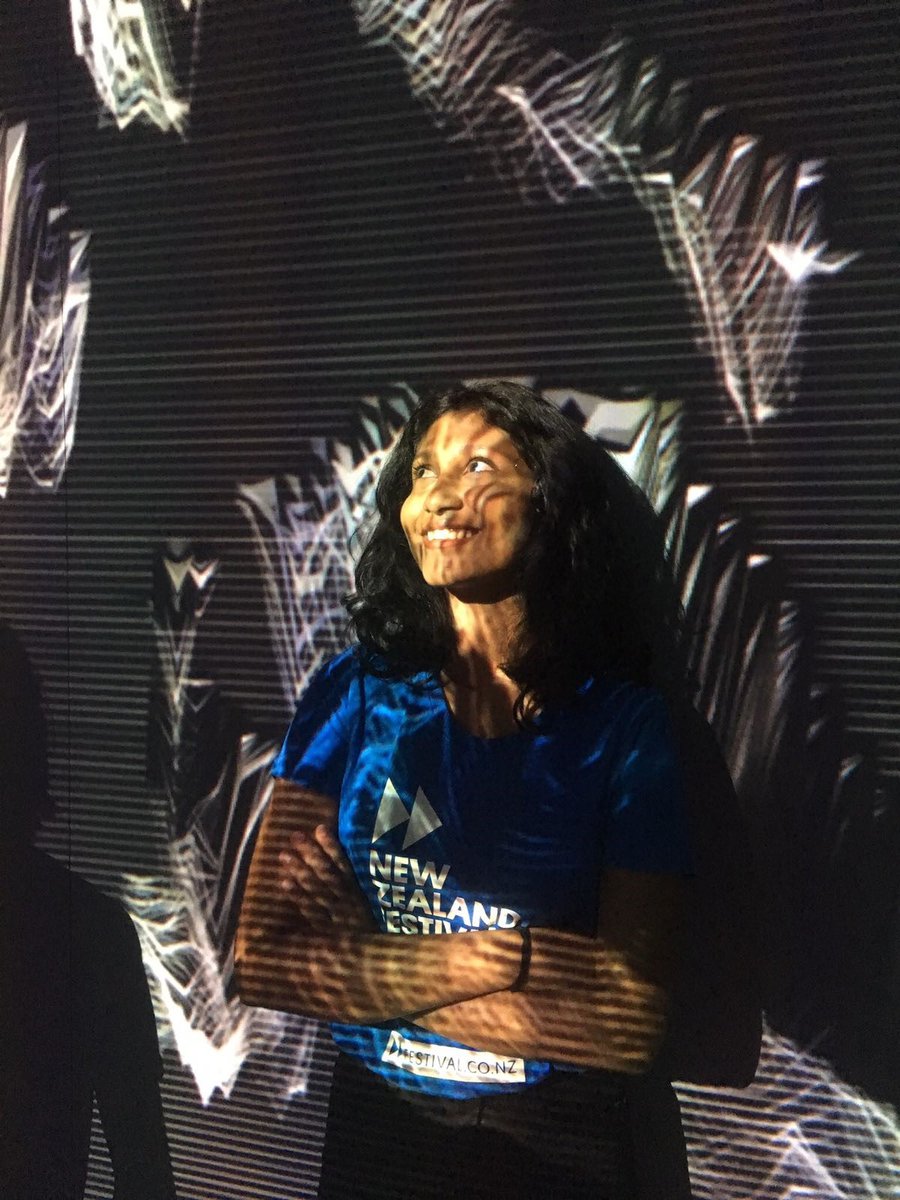 After spending the day hosting hundreds of school students at the Writers & Readers Schools Day, Student Ambassador Niruthmie Pallawala dug deep into the work of visiting Writers & Readers guest Sonny Liew and his graphic novel The Art of Charlie Chan Hock Chye in an interview published on The Sapling. Sonny says, "It's the kind of book I've always wanted to do, something you can pour all your thoughts and ideas into". Read the full interview here. 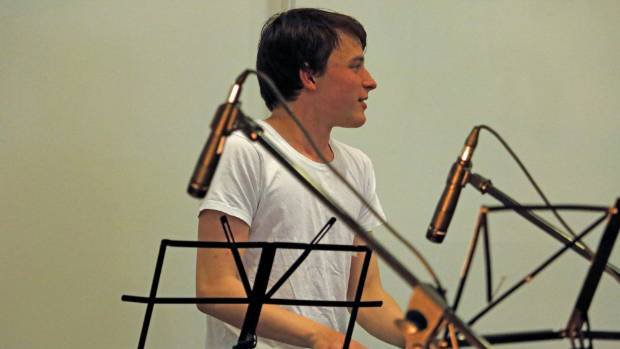 and his opinions on the development of music technology.

Leroy: How do the robots come into play in Mechanical Ballet?

Michael: The thing I’m finding interesting with robots is not so much "it's a robot", but rather, it's a machine and a human trying to fit together. Or it’s a sound that wouldn’t be possible otherwise. How this robot is doing something very mechanically but then the human is doing something very humanly or very groovily. If you went to [Mechanical Ballet], sat down and it's just the robots for 60 minutes it wouldn’t be very interesting. My piece is a very human piece, as I say it does have these robots in it but they are supposed to be very quiet and in the background creating an atmospheric sound – they could be done by humans. Some of the other pieces make greater use of the robots. Mo Zareei’s piece, for example, is using his own mechatronic sound sculptures that he made. They're visually very beautiful as well as musically interesting and robotic. So they are almost like sound and light installations rather than just instruments. Bridget Johnson’s loudspeakers aren't made to be robotic, she was just interested in how, when a loudspeaker is turned it changes to sound and it tells you something about the room you’re in. So she thought, what happens if you automate that. Then when she got four of these speakers turning differently in the space, it's actually really weird and kind of unnerving.

L: In your piece Tidal Flow is there interaction between the robots and the humans?

M: Yeah, a little bit, it’s not true interaction, I just press a button at various times. If I had more time, I could develop a system where the computer is actually listening, but that can be fraught with difficulty, you have to calibrate it carefully. There are a few composers working in that space, where the robot listens to what the human is doing and then tries to imitate or respond in some way.

L: Is inspiration a two-way street with you and your students?

M: It’s a multi-way street actually. I remember when I was a student I was certainly interested in the music that my lecturers were writing but in some ways the greatest motivation to improve myself was seeing one of my peers write an amazing piece. I remember one of my friends in my class wrote this amazing, rich, detailed piece when I had just arrived here. The next piece I wrote completely changed my outlook. Certainly as a lecturer, particularly my postgrad students are always stimulating new ideas and new approaches, it's a really stimulating environment. 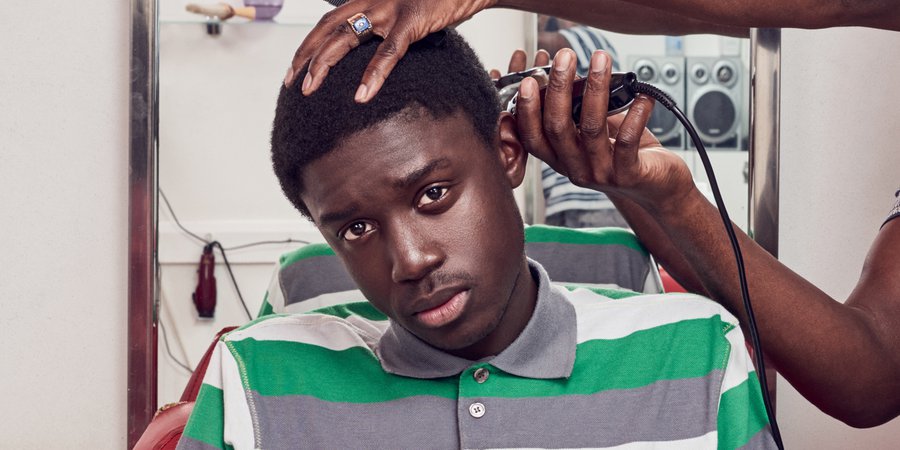 A Cut Above the Rest: Barber Shop Chronicles

The play is a tremendously important piece of theatre that beautifully weaves together a varied cast of characters, from the man in Johannesburg who lived through apartheid, still bitter, to the actor in London trying to figure out what being a young man of African descent means to him, and everyone in between.

A little like the subjects of discussion in the barber shops, from politics to music, the stories shared throughout the play are diverse, and at times, hold up a somewhat painful, but poignant, mirror to society.

It captures narratives that, sadly, we rarely get to see presented in the public domain.

Fuel Theatre, who have worked with Inua Ellams on many of his works since 2008, bring a vibrant, fast energy to the show. With great lighting, set and music, you can’t help but go along for the ride!

Transitions can be the bane of an audience. There is nothing worse than watching a great show, only to have the energy slump as you wait for the next scene to start, or to sit and watch while a clunky set change is made … but there were NO SUCH gaps in Barber Shop Chronicles!

At the start, the transitions seem to be simply groovy song and dance numbers with a vibrant energy, but the moment you realise what the actors are actually singing, it becomes apparent that the transitions serve a greater purpose to the show. Not only do they help you jump between scenes, but across borders and even whole continents.

The show’s venue while in Wellington, the TSB Arena, which is not designed for theatre, made the actors’ job quite hard. At moments, tiny snatches of dialogue were lost, but the actors were so skilled that it didn’t take away from the performance.

It has been such a treat to have theatre of this calibre in our little corner of the world, and the play shares an important message. We are all one earth, and there is never just one story for a place or people. Art is such a powerful medium, and if this is an insight, as I hope it is, to the diverse, exciting and challenging theatre that is to come as more of these stories are told, then the world is in for something quite amazing.

PS Thanks also for adding New Zealand to your map :)